Get more information on scheduling an appointment.

We are here to help you navigate your criminal involvement, divorce, or personal injury case with dignity and respect.

Click here to meet the team and learn more about our backgrounds, history, and specialties.

Racism has a long and disturbing history within the fields of mental health and law. Forensic evaluations are one small component of the legal system, but they represent an intersection between mental health and law. This series of articles discusses the potential for racism in forensic evaluations and describes some methods we use at KKJ to address the impact of racism on our work.

Unfortunately, there are many historical and current examples of racist beliefs and practices, as well as systematic racial bias, in the mental health field. In the 1850s, for example, psychiatrists in the United States described escaped African-American slaves as mentally ill; these individuals were, the experts claimed, suffering from a disorder they named drapetomania – the urge to escape from slavery. In the 1960s, psychiatric journals that had once described schizophrenia as a disorder of harmless, non-threatening “sensitivity” (frequently diagnosed in women) began stating that “Negro men” afflicted with the condition instead tended to manifest rage, volatility, and aggression. Some authors of the era even referred to schizophrenia as a “protest psychosis ,” arguing that black men with the disorder had become angry and aggressive and had developed a “delusional anti-whiteness” after becoming involved with the civil rights movement (Metzl, 2010).

Currently, there is ample evidence that people of color and those from ethnic minority backgrounds experience widespread and concerning disparities in mental health treatment. For example, people from ethnic minority groups are more likely than white individuals to be diagnosed with a mental disorder, to receive more severe diagnoses, and to be involuntarily committed to inpatient psychiatric units, even in similar situations and with similar symptoms (McCallum, MacLean, & Gowensmith, 2015).

In the United States legal system, research using population base rates has demonstrated that individuals with ethnic minority backgrounds are over-represented in terms of arrests and jail populations when compared to white individuals, among many other problematic disparities (McCallum, MacLean, & Gowensmith, 2015). Perry, Neltner, and Allen (2013) noted that African Americans experience disparities “across nearly all sectors of the criminal justice system – from higher arrest rates to harsher sentencing.”

A discussion of the ways in which racism permeates the justice system is beyond the scope of this article, but the importance and urgency of the problem cannot be understated. The United States is currently grappling with nationwide protests regarding police brutality against black Americans, and longstanding frustrations with racial profiling, disproportionate arrests, and inhumane treatment have reached a fever pitch across the country.

While these two fields must come to terms with the racism built into their practices and policies, the focus of this series of articles will be on examining the ways in which we at KKJ are working to address the impact of racial bias in our work – the practice of forensic evaluations.

The next articles will discuss racial bias in the primary components of forensic evaluations: initial contact and interviews, test selection and administration, and diagnoses and conclusions.

As many researchers have pointed out, the stakes in forensic evaluations are high. Not only do evaluators provide opinions and recommendations regarding issues such as individuals’ competency to face charges, risk of violence or re-offending, or ability to parent effectively, their recommendations are followed by judges and courts in approximately 80 to 99% of forensic cases (McCallum, MacLean, & Gowensmith, 2015). This makes it imperative for evaluators to consider the numerous sources of bias, including the impact of race and ethnicity, on their process and findings. 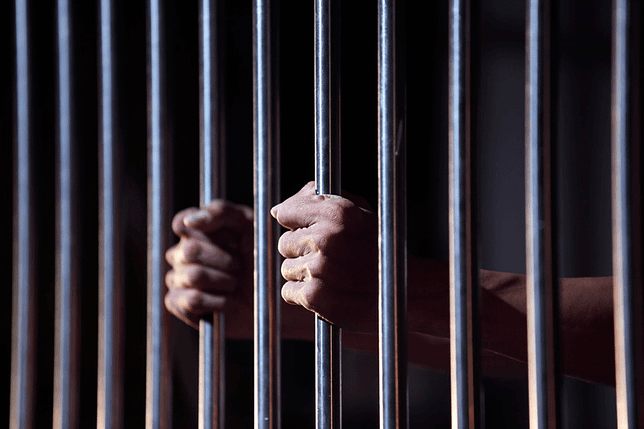 Evaluators must keep in mind that people of color or individuals from differing ethnic backgrounds may be reluctant to trust authority figures, healthcare providers, and white clinicians. Benuto and Leany (2015) point out that African-Americans are likely to have experienced prejudice and discrimination from healthcare providers, citing research on the relative frequency of misdiagnosis and clinical bias in the medical and psychiatric treatment of African Americans. The authors also cite research showing that white physicians tended to have shorter visits and less conversation with black patients than with white patients, resulting in less information and poorer outcomes. These findings, combined with the shortage of clinicians who are of the same race or ethnicity as the clients they serve, presents a challenge for those in the medical and mental health fields.

This mistrust may be heightened in forensic evaluations; the evaluator may represent more than one of these categories (authority, healthcare provider, and/or white) to the defendant, and the psycholegal question may involve significant risk. As Benuto and Leany (2015) recommend, we at KKJ work to assess whether we have established rapport with a client and whether a client’s attitudes toward the evaluation or clinician may be impacting their response style. We also strive for ongoing education regarding cultural characteristics, working to increase our expertise and knowledge of the particular struggles and experiences of the racial and ethnic groups with whom we work. When there is a racial difference between the patient and clinician, it is important to take additional time to collect information, listen carefully to all information provided by the client, and be aware of behaviors that may result in biased information gathering (e.g., cutting short the evaluation, not clarifying details due to assumptions, etc.).

Evaluators must acknowledge that research specific to people of color on psychological tests and measures is lacking. Nearly all measures were initially normed on white populations. Choosing measures thus becomes an important issue, as is clarifying the extent to which a selected measure can be administered to particular population. While some measures, such as the MCMI-III and the MACI, have not been adequately normed on minority populations, others have far more research on their use with diverse groups:

Clearly, evaluators must be aware of the current literature on the tests they administer. Benuto, Leany, and Garrick (2015) also recommend that forensic evaluators working with a defendant from a minority cultural background always compare test results to other sources of data (e.g., collateral contacts, records, etc.) so that test results can either be confirmed or refuted. This is particularly useful when a test without adequate norms or research must be used. Any discrepancy between test results and other data should be further investigated with additional tests or sources. These practices are standard at KKJ, as are noting the limitations or research findings of tests with a particular population.

It is imperative to examine the potential impact of racial bias on the diagnoses and findings of a forensic evaluation; conclusions made by an evaluator are weighed heavily by courts to make major decisions about defendants. There are several findings indicating that diagnosis in the fields of psychiatry and psychology is fraught with racial bias:

Bias in diagnosis should be addressed in multiple ways.  As noted previously (and as outlined in APA ethical guidelines), it is important to avoid developing impressions and making diagnoses based on specific scale elevations or on single tests.  Comprehensive, multi-source evaluations that include collateral contacts and record reviews are necessary.  However, clinicians may also engage in multiple strategies to correct or avoid bias, such as:

According to Gowensmith and McCallum (2019), many clinicians have reported relying on the strategy of introspection to combat bias, but the authors note that introspection is not only ineffective, it “may actually exacerbate bias” (p. 6). Instead, the authors recommend evaluators maintain a record of the outcomes of their evaluations and create a database of variables related to base rates and bias (such as the race, ethnicity, and gender of clients, the decision or opinion offered, and the type of case). This allows for tracking and reviewing of the evaluator’s own base rates, as well as comparisons with other local professionals. Although this practice is not yet common, some evaluators have started this work and are sharing their findings. KKJ is currently initiating a long-term study of our own cases and outcomes.

This series has described some of the ways in which racism may affect forensic psychological evaluations, whether in the initial contact and interview, during testing, or in the diagnoses and recommendations made.  It is important to note that the areas discussed in this series are not the only potential sources of racial bias in forensic evaluations; this is only a summary meant to highlight the need for evaluators to develop and implement strategies to combat internal and structural racism in their work.

Like many authors and researchers cited in this series, we at KKJ believe it is not enough to simply become aware of bias; one must eliminate the opportunities for bias to have an impact.  Implementing clear action steps and rigorous methodologies and then following them in every case helps to reduce the chance that racial bias will adversely affect a client’s evaluation.

We agree with Gowensmith and McCallum (2019), who wrote: “Not only does bias exist, it largely exists undetectable to the holder of the bias” (p. 9).  We are often unaware of how bias impacts our decisions and behavior, and this extends to our work as forensic evaluators.  However, as the authors note, we must be “brave enough to look for it in the first place” (p. 9).  In the area of racial bias, brave efforts to look and act are urgently needed.

For more information on this topic, contact us at 919-493-1975 or contact Dr. Ludlam at drjulianne@kkjpsych.com. We are also using Telehealth services.

Spread the love
Previous
Next

Co-Parenting In A Pandemic

Co-Parenting In A Pandemic

Turning Victims Into Violators? Failure To Protect Laws And Their Effect On Women

Turning Victims Into Violators? Failure To Protect Laws And Their Effect On Women

We know it's not always easy to ask for help.
But sometimes talking with a compassionate, insightful professional can provide answers and clarity.

We know it's not always easy to ask for help. But sometimes talking with a compassionate, insightful professional can provide answers and clarity.