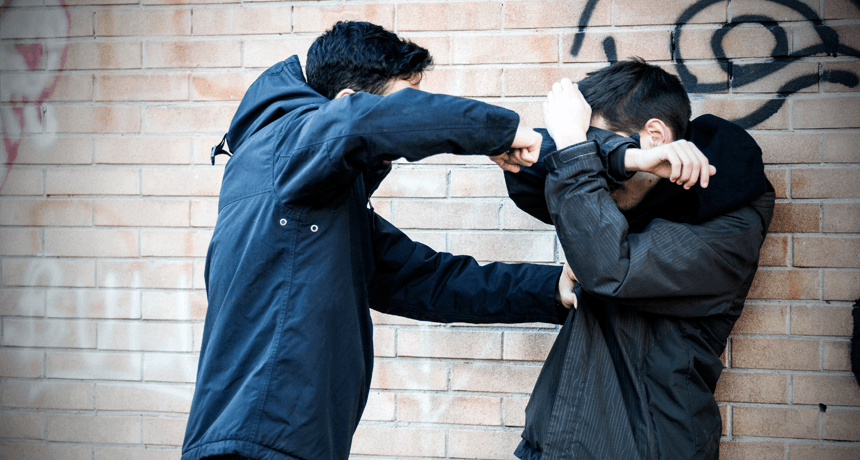 The group dynamics and individual factors of teen violence
Matthew Silliman’s death has everyone thinking; how could such a horrible crime be perpetrated by such young people? Four teenagers allegedly kidnapped, tortured, and killed Matthew, and he was thought to be their friend. A major issue brought to the forefront with this crime is the group dynamic. Would such as crime have been committed if one person objected? Would one person have committed this crime on their own?

There are several major tenants of social psychology at play with group crimes. Many of these phenomena are heightened in adolescents and young adults (12-21) given their general tendency to be concerned with how others are evaluating them, which is called evaluation apprehension. Being around people in general arouses us. Heightened arousal increases stress, which is called social facilitation. It we experience mild to moderate levels of stress (like work or school) we may increase our level of performance. However, if there is a high level of stress (like pressure from a peer group to commit a crime), we tend to perform more poorly, i.e., our decision-making is affected.

In groups, people can experience a sense of deindividuation, a loss of self-awareness and
evaluation apprehension. This occurs in group situations that foster responsiveness to group norms, whether they are good or bad. A notorious example is the Rodney King beating. This is, in part, because people feel more anonymous in a group. This diminished self-awareness disconnects one’s behavior from one’s attitudes or values. Another component is group polarization, a group-produced enhancement of the members’ preexisting tendencies. This is a strengthening of the member’s average tendency, not a split within the group. In other words, not every person in the group will have a preexisting tendency towards crime. However, a risky shift can occur where the group is willing to make a riskier decision than they would as individuals. Group consensus may occur and after discussions individuals also alter their ways of thinking about the situation often because they want to be accepted by others.

Group think is an exaggerated example of this phenomenon. Group think occurs when an amiable, cohesive group exists, there is relative isolation of the group from dissenting
viewpoints, and there exists a directive leader who signals what decision she or he favors.
Several processes occur within the group:
- They tend to overestimate their invulnerability.
- There is an unquestioned belief in the group’s morality.
- Group members rationalize their decisions and behavior and close off their minds to other possibilities.
- They tend to view their ‘opponent’ through stereotypes that the other person is too weak or unintelligent to defend themselves against the planned initiative.
- There is pressure to conform to the group.
- People censor their disagreements which creates an illusion of unanimity.
- Some members of the group become mindguards and protect the group from information that would call into question the effectiveness or mortality of its decisions.

Since not all groups of people commit acts of violence, you still may be asking, what happened? What contributes to violence? While there are always several reasons for someone to become violent, there are some general conditions in most cases. There tends to be a pattern of interactions between genetics, temperament, the family system and socioeconomic level, the school and community environments.

Family environments where there is physical abuse, sexual abuse, conflict in the home, and/or broken-families may influence the development of criminal behavior. These families tend to display a lack of warmth, have limited involvement and supervision, and/or inflict harsh corporal, lax, or inconsistent discipline. Poor parent-child relations, antisocial parents, and rigid traditional gender roles with patriarchal values has also been found to contribute to the development of violent behavior.

Genetic factors such as low IQ and being male contribute to being violent individuals.

Temperament plays a role such that some people are more prone to have high needs for
stimulation, to learn slowly from consequences, and do not feel as anxious when they are doing things wrong.

Individuals with few economic resources are at higher risk of both perpetrating and being victimized by physical violence. Also, being a member of an ethnic minority group, although this is complicated with socioeconomic status in our country and related to lack of resources, also tends to elevate the chances of violence. This is further  connected to criminal behavior, disorganization, and drug use in the community.

On an individual basis, there are warning signs of possible violent behavior. None of these alone suggests someone may be violent. Again, there is an interaction between the above mentioned risk factors and these behaviors.

1. Low school grades, school failure, and drop-out.
2. Poor social ties, delinquent peers, and gang involvement: The most important factor that distinguishes a gang from a healthy group of friends is the violent, criminal behavior of the members, for example some illicit drug activities. If a young male is involved with a gang, he will likely be violent along with other gang members.
3. Restlessness and difficulty concentrating – Attention-Deficit/Hyperactivity Disorder can be a precursor to antisocial behavior.
4. Risk taking such as reckless driving.
5. Substance use – Alcohol and marijuana are just as dangerous as other drug use.
6. Victimization by others.
7. Early sexual activity.
8. Conduct disorder which is characterized by:
a. Aggression toward people and animals
b. Destruction of property
c. Deceitfulness or theft
d. Serious violations of rules

If your concern is that the teen may be prone to violence, is spending time with other teens that engage in violence, or is engaging in violent behavior him or herself, be sure to choose a psychologist experienced with delinquent teenagers and juvenile delinquency diversion.

Early intervention can be key in preventing escalating juvenile delinquent behavior and adult criminal behavior, and studies have shown therapy to be effective even when the adolescent or adult does not want to go (such as when parents make a child go or when the courts order therapy).

As one of the risk factors for violence is being victimized by others, an adolescent can also benefit from therapy if they are the victim of teasing, bullying or violence by peers.
Additionally, if a child has poor social skills, which can lead to the child being targeted, it may be helpful to take a preemptive approach and get the child some social skills  coaching with a psychologist who specializes in that area.