What Is Antisocial Personality Disorder?

When we think of the word antisocial, the words quiet, reserved, and awkward may come to mind. However, in the instance of Antisocial Personality Disorder, this term instead translates to “against society,” and refers to the patterns of deviance and disregard for societal norms.

Like other personality disorders, this illness exhibits a wide gradient of severity, and is defined as “an ingrained pattern of behavior in which individuals consistently disregard and violate the rights of others.”

The extreme and more horrendous cases of this disorder are often denoted as sociopaths or psychopaths. While often regarded as synonymous, there is a tangible difference between the two. Sociopathy is having erroneous qualities to one’s conscious, while psychopathy is a total absence of conscious.

Individuals with this disorder can be superficially charming and likeable, yet they tend to be cantankerous, hostile, reckless, and impulsive on the inside. In some instances, those with ASPD complain of having physical grievances and may even attempt suicide.

It is usually tough to distinguish whether or not someone Antisocial is being honest, as they tend to be rather manipulative and have no trouble being deceitful in order to get what they want.

While this disorder presents itself more in men than in women, a diagnosis is not given to those under the age of 18, and will only be designated if the individual has a record of deviant behavior before 15 years old.

While those with Antisocial Personality Disorder have the potential to be rather charming, amicable, and manipulative with their façade, certain symptoms can indicate the presence of the illness. Symptoms of ASPD include:

Drug and alcohol abuse alongside these symptoms can also be an indication of the disorder, as it is common among those later diagnosed, and can often aggravate these traits.

It is estimated that approximately 3% of men and 1% of women suffer from ASPD, and while the causes of this illness are unknown, it is thought to be a combination of both genetic and environmental factors. Those who exhibit antisocial tendencies typically have role models or parents who also present similar behavior. Early cerebral trauma is also thought to be a cause of development, such as being hit or dropped on the head at a young age.

There is no distinguished treatment for this disorder, and it is difficult to make an accurate diagnosis, as those with this illness generally avoid seeking care unless instructed to do so by a court of law. Relationships with someone who has ASPD can be very difficult and emotionally draining. If a person is in a romantic relationship with someone with this disorder, it may be helpful to see a therapist to help understand and handle it better.

In the media, Antisocial Personality Disorder is greatly exaggerated, usually depicting the extremes as violent criminals with terrifying appearances or a constant bloodlust.

Nevertheless, a more realistic depiction of someone suffering from the disease is Hannibal Lecter from The Silence of the Lambs. While this is still an exaggeration of the disorder, showing the main character as a psychopathic murderer, it is still a good representation of ASPD. Charming and manipulative, Dr. Lecter is interviewed by FBI student Clarice after being imprisoned for multiple horrific and grotesque crimes. 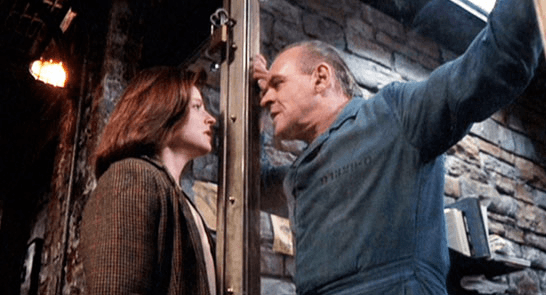 Throughout her time with the infamous killer, the classic hallmarks of ASPD are displayed, through his charm, deceitfulness, and complete lack of remorse. Although dramatized for effect, the film is still an excellent representation of someone on the extreme of such a consuming disorder.

Do you have someone in your life with ASPD?
If so, we may be able to help.  Please contact drmarissa@kkjpsych.com for more information.